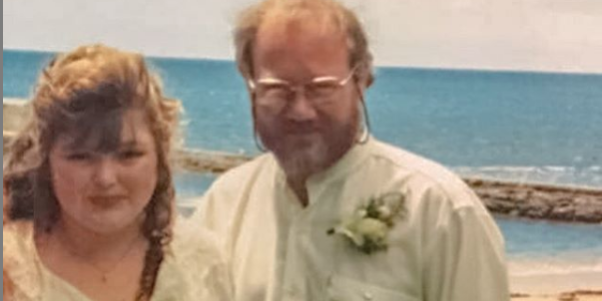 Then we came home and enjoyed a bottle of Prosecco we won earlier in the week in a Christmas Promotion held by the Cleveland Sands! Also enjoyed at home with the wine was a passion fruit cheesecake. Yumm!

On December 14th, 1996 my husband and I were married in Little Park, Shellharbour NSW Australia.

We had our marriage reception at the famous Shellharbour Hotel, which we used to visit often for their Seafood Platters, cold beer and beer garden.

Our honeymoon was held in Hobart, Tasmania, with a drive from Shellharbour to Melbourne, then a ferry on the Spirit of Tasmania. We had a comedy of errors getting there. Hubby thankfully didn’t drink at the wedding because of him being the only driver, and he was breathalysed three times in the one night!

We stopped overnight in Moet, Victoria and I had to get an ambulance to take Philip to the hospital as he had a floating knee cap from driving in 40oC heat and without stopping to take rests as I suggested. He was given pain medication and they wanted to drain his kneecap, which Philip strongly voted against and drove to Port Phillip Bay, to board the Ferry. I rang the Spirit of Tasmania contact line and had them arrange a wheelchair to meet us, unfortunately, it was the first item to go onto the boat and the last thing to come off! Then the lift on the ship was tiny and people kept trying to push us forward so that they could get in, which would bang Philip’s knee and a loud scream could be heard.

When we got into our room on the Spirit of Tasmania I went to the nurse and begged for some painkillers to help him sleep. While he was resting I went to dinner alone and afterwards took a plate back to the room. He was still sleeping so I went out on deck and enjoyed the view of the water. There was a casino on deck and I splurged a few dollars before going back to the room to sleep. Not quite the honeymoon mini-cruise I was expecting 😀

Malolo Poke – Hawaiian Food with an Asian Fusion Touch
May 19, 2020

Restaurants and Cafes that deliver in the Redlands QLD area
March 30, 2020